Saint George is best know from the story the “Golden Legend”.  He is usually pictured killing a dragon to save a beautiful lady.

According to legend a dragon lived in a lake near Sylene, Libya.  I terrorized the local pagan town. Many soldiers and armies fought against the dragon, but failed to defeat this fierce and monstrous beast.  The people began to offer up sheep to place it. As sheep became scarce, maidens were substituted for the sheep and sacrificed to the dragon.  When St George came to this land he heard that a princess was to be sacrificed to the terrible creature.  Quickly he crossed himself and went to battle against the dragon killing it with one strike of his lance thus saving the fair maiden. Because of this miracle, St George was held high in reverence converting many of the people to Catholicism.  He was given a large reward from the King of the land but he gave it to the poor of the land and then rode away.

The Dragon is symbolic of satan and the forces  of evil.  The Princess represents the Christian Church. This is the reason St George is the patron against evil and a promoter of chivalry. He became a patron on horseback to many areas of defense.

St George is the defender of the Christian faith.  He was martyred c.304 at Lydda, Palestine under the rule of the emperor Dioclesian, who greatly persecuted the Christians.

O God, the merits and prayers of Your Blessed Martyr George are a source of happiness for us.

Grant us as a gift of grace the blessings we seek through him.

Almighty God, we humbly ask (make request here) through the intercession of St George that we may live a life pleasing to You, and receive the favors we ask, if they are for our good. Roman Inc - Saint Anthony - Patron of the Poor and 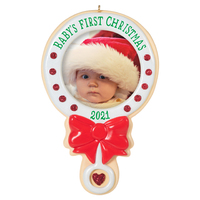