One of the famous mothers of all time.  St Monica persisted in prayer and example until she brought her son Augustine back not only to the faith and to penitence, but to an illustrious life in the Church.

An arranged marriage paired Monica with Patricius, a pagan official in North Africa. He was much older than she and had a violent  temper.  Adding to the challenges that faced Monica, the mother of Patricius, who was equally as difficult, lived with them.  Through patience and prayer, Monica was able to convert her husband and mother-in-law to the Catholic faith.  Her prayers were answered again when two of their three children entered religious life.  Unfortunately her third child, Augustine, was far from eager to join the ranks of the faithful and reveled in a life of worldly pursuits.   Undeterred, Monica prayed for her son for 17 years and was comforted by the now famous words of a bishop who told her “the child of those tears shall never perish”.  She even would beg for prayers from priests some of whom avoided her because of her tireless persistence in the seemingly hopeless endeavour.  Finally, in 387 Augustine’s heart was turned toward the faith and he was baptized by Ambrose.  Monica died later that same year after seeing her prayers answered.  After her death, Augustine’s journey of faith continued.  He became a priest, a bishop, a famous Catholic writer, and one of the greatest saints that ever lived.  Monica is the patron of mothers, wives, homemakers, widows and victims of abuse.

In your mercy, Lord, You received the tears of St Monica as she wept for her son.

At the intercession of both mother and son, give us grace to weep for sin and to obtain Your forgiveness. 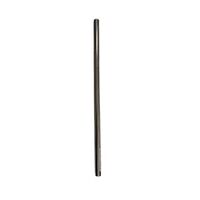 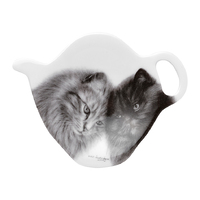