Patroness of the Blind

When Lucy of Syracuse was a young girl she became a Christian, which was not acceptable to many during those times including her father and mother.  He father, patriarch of a rich Roman family, died when Lucy was young.  After her father’s death, a marriage was arranged for her by her mother who suffered from a hemorrhagic illness for a long period of time.  Because Lucy wanted her mother to accept her beliefs in Christianity, she prayed at the tomb of St Agatha.  Her mother’s illness was cured and her mother accepted Lucy’s faith and wishes to live for God.  Because of this, Lucy has become known as a patron of similar illnesses.

The groom of the marriage, that was arranged for Lucy denounced her because of her Christian faith.  Because she was denounced, the government attempted to force Lucy into prostitution.  However, the officials of the government were not able to move her by force, and so it was ordered that she be killed by torture.  Her eyes were put out and they attempted to set fire to her, but the fires burned out.  Lucy regained her eyesight shortly before she was executed.  As a result, she became the Patroness of the blind.  The meaning of her name is bringer of light.

Prayer in honor of St Lucy

O God, our Creator and Redeemer, mercifully hear our prayers that as we venerate Thy Servant, St Lucy, for the light of faith Thou didst bestow upon her, Thou wouldst vouchsafe to increase and to preserve this same light in our souls, that we may be able to avoid evil, to do good and to abhor nothing so much as the blindness and the darkness of evil and sin.

Relying on Thy goodness, O God, we humbly ask Thee, by the intercession of Thy Servant St Lucy, that Thou wouldst give perfect vision to our eyes, that they may serve for Thy greater honor and glory, and for the salvation of our souls in this world, that we may come to the enjoyment of the unfailing light of the Lamb of God in paradise.  St Lucy, virgin and martyr, hear our prayers and obtain our petitions. 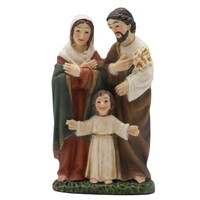 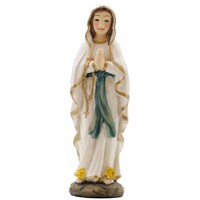